First day in Zurich:
Nat and I landed around 8:30 in the morning in Zurich. We took the train then walked the the just over 1 km to the hotel. One kilometre isn’t far, 1,000m, which at a comfortable pace is an easy 15 minutes. We’re not lightweights, we don’t need a taxi. Or so I thought…With a bike box, a good size back pack and a camera back pack, I wished we did take a taxi, but we didn’t we walked and it was a sweaty struggle.

Once checked in and settled, we explored the city making our way to the Landesmuseum Zurich (National Museum Zurich), then we strolled over to the Altstadt or Old City. Like many European cities, Zurich has its fair share of cyclist commuters.

A large percentage of Europeans may have cell phones, but the public pay phone is not an unusual site. 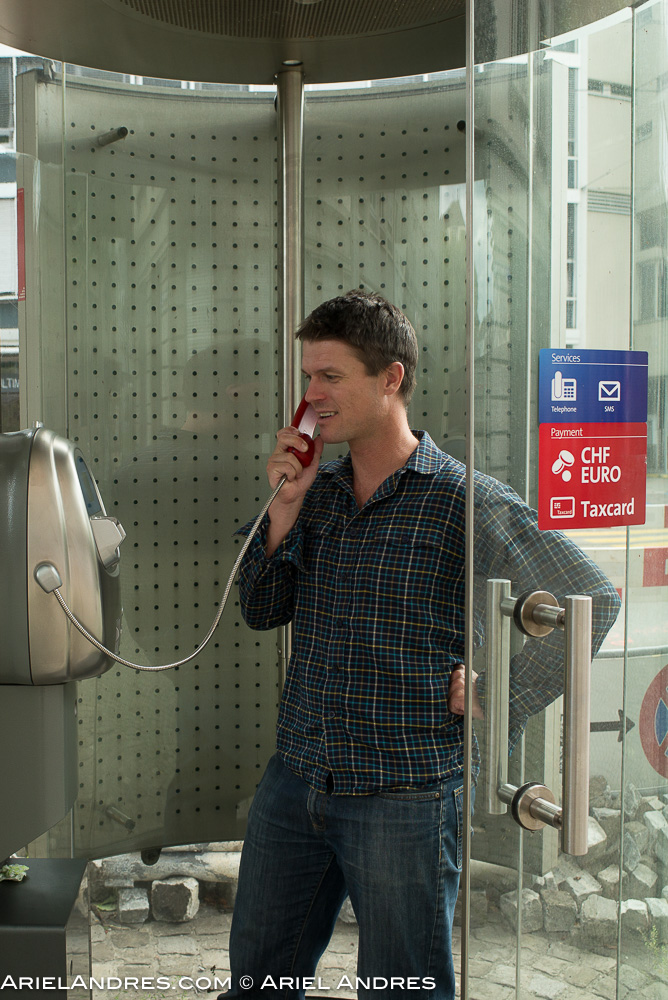 There are several McDonalds in downtown Zurich and they even have a Big Mac with bacon. I’m not sure if the bespoke ordering available in our own McDonalds restaurants offers this alternative, but it begs the question.

Our ZurichCARD provided us not only transportation, but also free admissions or discounts to many venues including forty museums. We made it to one.

The ubiquitous locks on the bridge.

On the streets of Zurich. 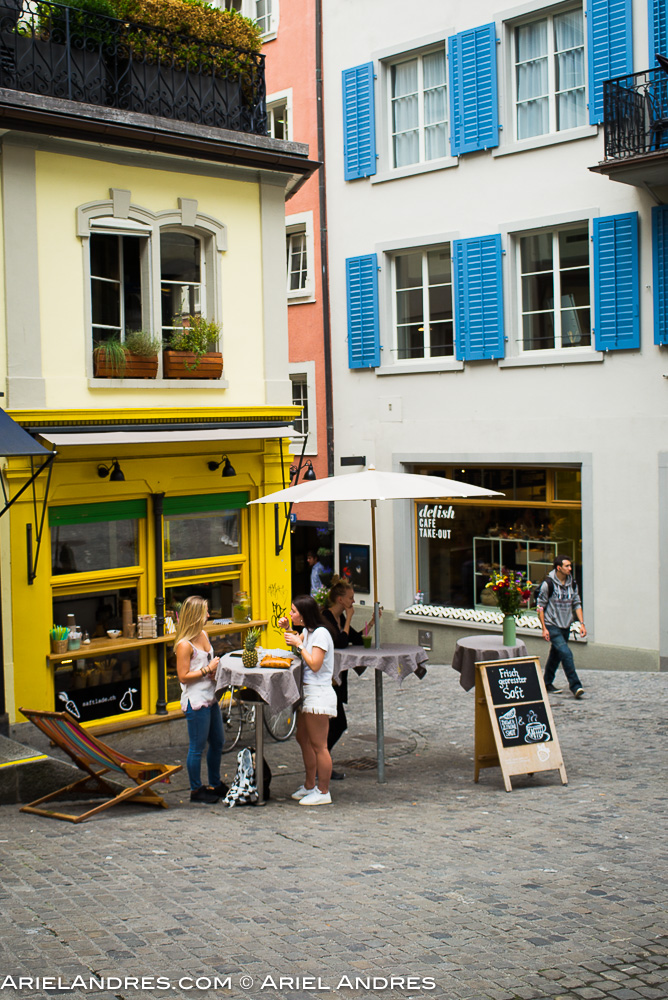 Nat was intrigued by the sign and we stopped and chatted to two men (the guys sporting beards, one of whom is hidden) who were cycling through Europe. We initially weren’t sure what to make of them, but they have a story to tell. They were two American veterans originally from Brooklyn, NY, who were weary/wary of the current “American Dream.” Apparently they live very simply, all of their needs met with what they carry in their panniers. They are Christians who want to return to the simple living of how Jesus lived his life, but they don’t overtly preach their belief. Interesting gentlemen who carry their 50 kgs of material needs on their bikes.

The hills are alive, with the sound of music.

In one of the many Protestant Reformation churches we went down into the crypt and I found some amazing light.

Hearing “Scotland the Brave” on our way to seeing Lake Zurich.

We came across this “artwork” in a decorative art store.

After almost 20 kms of walking we settled in for the evening at the pizzeria around the corner from our hotel. The golden hour had begun to set in and life was riding and walking by.

This site uses Akismet to reduce spam. Learn how your comment data is processed.