I needed to come up with a photo today as the three street photographs just didn’t cut it. What to do, what to do, what to do? Ah-ha. Why not a close up of a watch? My Swiss Military watch has been dead for awhile…at least 10 years and I had it lying around with every intention of getting the battery replaced. Anyhow, it was here. I wanted to light it in a cool way. So I mounted one of my great, cheap Yongnuo’s on a stand and I put on an Elinchrom grid reflector and a 10 degree grid in front of it. The trickiest part was how to mount the watch. I tried different ways of holding it and eventually I used a folded umbrella. It was the right diameter to on which to close the watch. Here is a photo of the set-up. 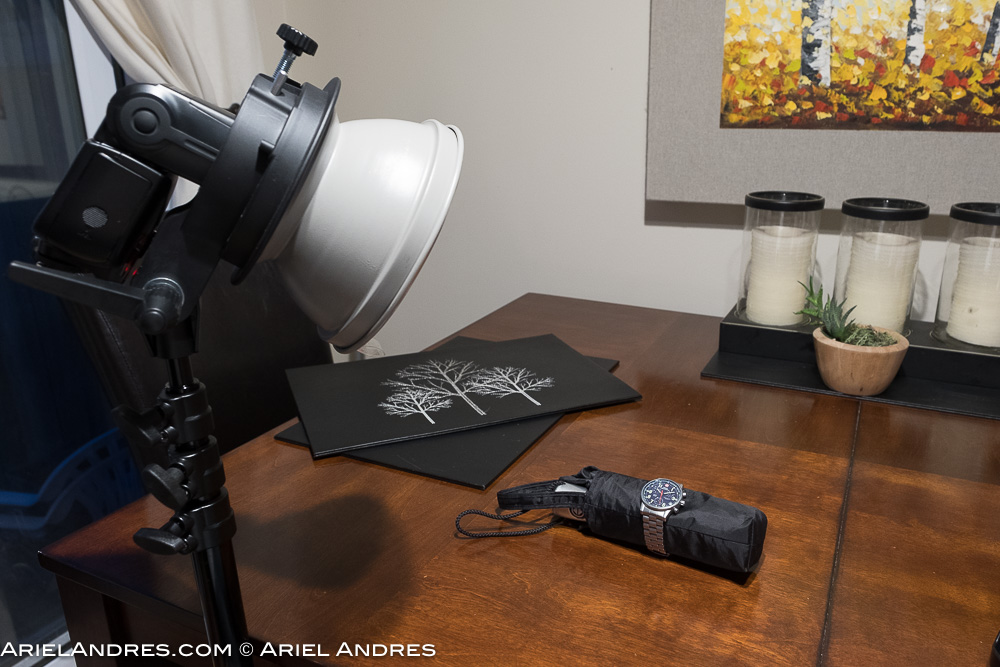 I used the XF 16-35mm and an extension tube on the X-Pro2. The very shallow depth of field is intentional. After some trial-and-error, the image at the bottom is what I got. 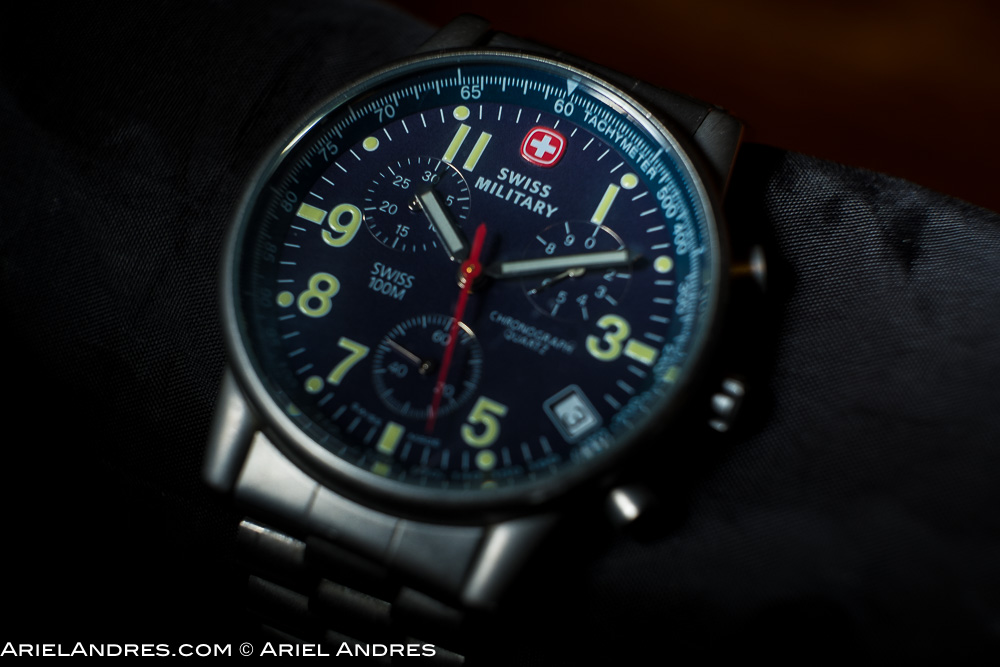