We were seated at an east facing window in the early evening and the light coming through was very even. The interior was relatively dark resulting in very high contrast and anything against the window in shadow was in silhouette. Anything translucent glowed as if transmitting light, while solid objects not in shadow showed their bold color.

In this image very little detail can be seen of the people in the photograph, but the umbrella, the straw and the ice tea glowed. The red of the soup spoon and the green of the soya sauce bottle stand out as well. 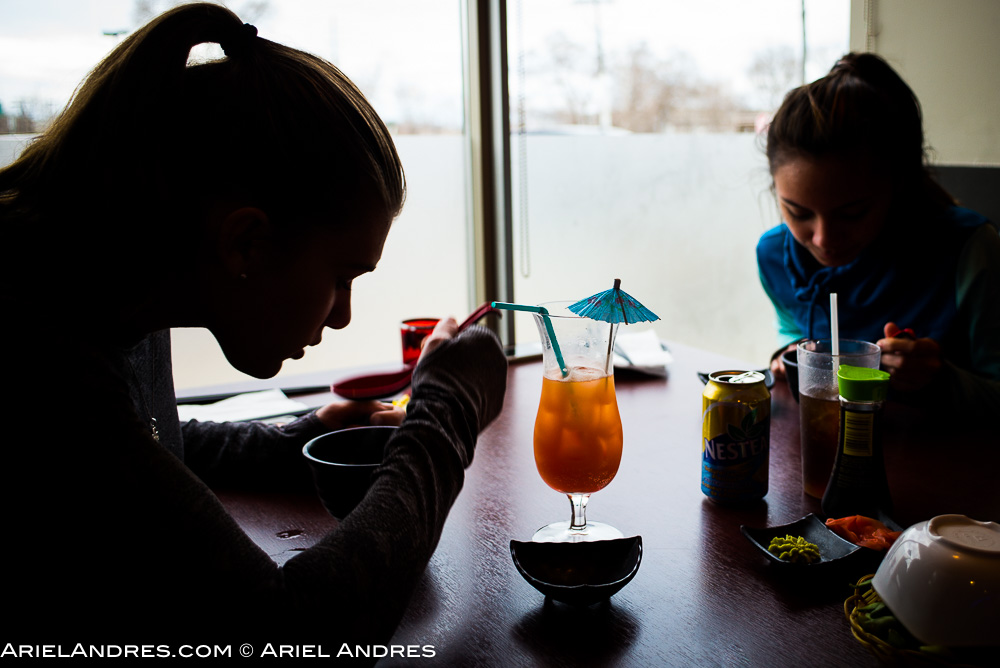